The Early Learning Centre in Regina offers a variety of programs for low income families with children from prenatal to age five.These include: Parents as Teachers (PAT) Program, KidsFirst Program, Family Outreach and a Preschool Program for 3-5 year olds.The centre works co-operatively with parents and provides programs that foster the healthy development of children.It is governed by a Board of Directors, consisting mainly of parents.Many of the children are First Nations or Metis and this is reflected in the composition of the Board on which a majority of Aboriginal parents serve. 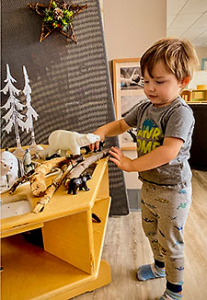 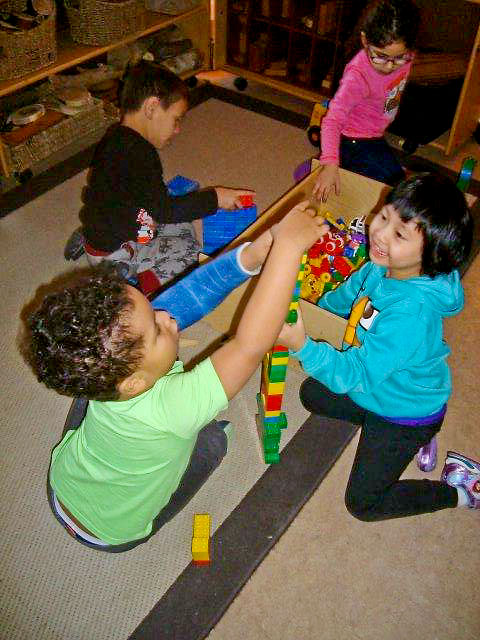 The review team were impressed by the quality of the pre-school program. It is a half-day program from Monday to Thursday. Fridays are reserved for various staff and parent development programs, special events and for home visits. There are 96 children enrolled, in morning or afternoon sessions. The Preschool operates during the school year of the Regina Public School System.

One of the basic principles in the preschool is to work in partnership with parents. Staff approach the parents with mutuality and respect, and together, they seek to support the children in their well-being, development and learning. One aspect of respect is to look for the strengths within the cultural groups using or working in the centre. The pre-school curriculum reflects traditional cultural activities and perspectives, for instance in the stress on artwork, and respect for the environment. The team was informed that children also take part in multicultural activities such as music, language, dance and food preparation. The First Nations and Metis staff provide the children with strong and positive role models.

Although the premises were not designed as a preschool environment, by using their imagination and creativity the staff have made the centre both aesthetic and functional. The preschool is divided into four classrooms, each of which is used for two-part time groups daily. These classrooms are colour-coded green, blue, red and yellow. Each classroom has six to seven different learning areas. These include a science table with lots of natural objects – stones, feathers, shells, and insects; a mime and dressing up area; areas for gross motor activities, and many opportunities for arts and craft.

Children also take part in multicultural activities such as music, language, dance and food preparation. The First Nations and Metis staff provide the children with strong and positive role models.

Children need beauty. They need to be exposed to good quality artifacts and works of art as part of their aesthetic development. They need opportunities to wonder and marvel at the natural world as well as be surrounded by buildings that give a sense of permanence, even in our transitory world.

Throughout the centre, the team found well-displayed traces of the children’s project and artwork (no cartoon figures coloured in!). Books were an important resource and were well used. Children were not limited to one room, but could go to other rooms to work or play if they wished. The staff had created a visiting cards system to keep an unobtrusive eye on where children were going.

In each of the classrooms the Review Team could see children following their interest, working and playing in small groups and being actively involved. There were real tools for children to use. We saw one boy repairing an oven with a hammer in a very concentrated way. There was another group of children examining spiders with a magnifying glass. We also saw the teachers encouraging children to take initiatives and to collaborate with each other. The children were not cosseted, but given genuine freedom to choose. Through dialogue with their teachers, these choices are then transformed into purposeful activities.

Like the other examples of good practice that we saw, there was a very dedicated director, who put considerable emphasis on in-service training, staff discussion and reflection time. The staff team set themselves goals, which are continually reviewed in the light of practice. The whole staff group meet monthly, with team meetings in between. They also have supper meetings, and have invited speakers. One notable innovation is the provision of a yearbook for each child, photos of the children alongside a record of their pictures and drawings and attempts at writing, interspersed with comments from teachers, all beautifully mounted in an album as a record of progress that parents could treasure.

The Review Team were much impressed by this effective, yet non-judgmental means of evaluation, and appreciated the enormous work undertaken by the teachers to make such records possible. The atmosphere in the preschool was warm and we felt a sense of community. Some of the staff had stayed in the preschool for many years, a fact that speaks for itself. 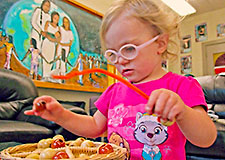 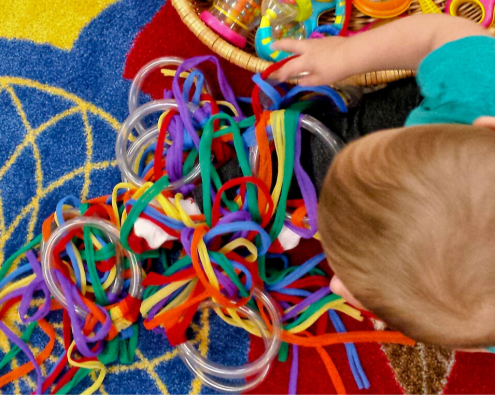 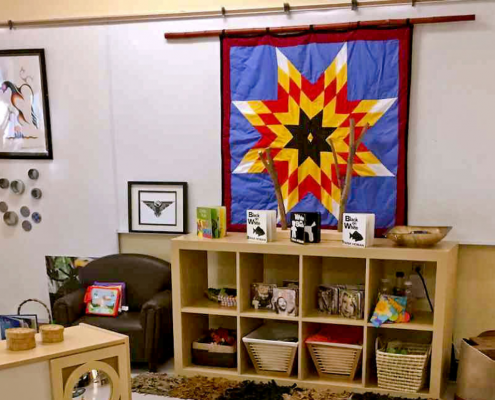